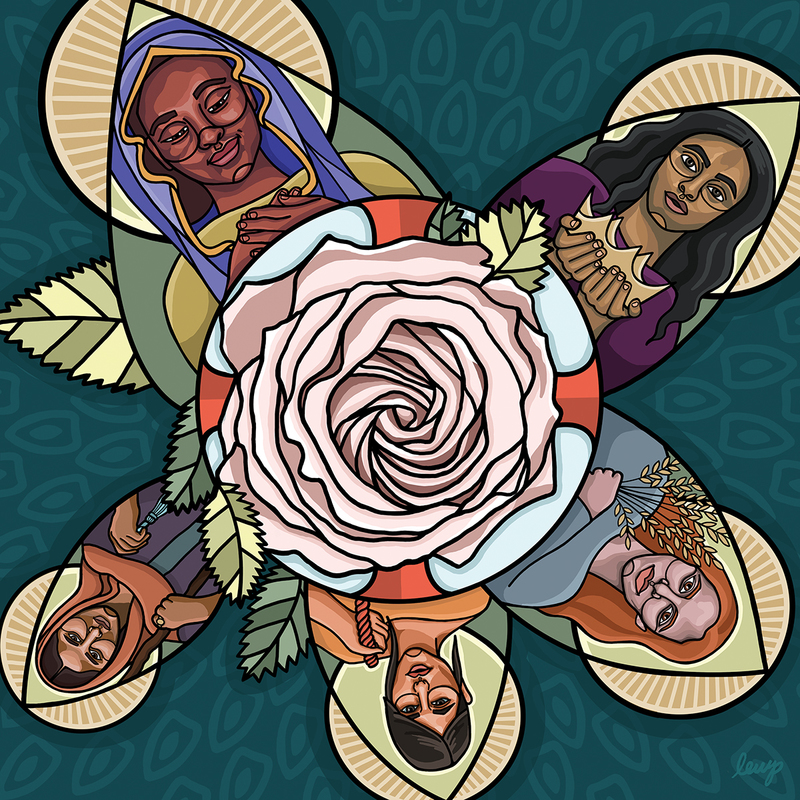 Children’s Message: Hey, Happy New Year! Did you know that today is the new year? Well, for the church it is. This is the first Sunday in Advent—which means we’re starting from the beginning. We get to hear stories that lead up to Jesus’ birth. And then, throughout the year, we’ll get to hear about his ministry and his teachings, and even his death. And it all starts today.

What kinds of things do you do at the beginning of the year? Make resolutions? Think about the previous year and all the things you’ve done? Well, on this new year, we’re going to remember our milestones from these past two years. There were birthdays, and lost teeth, and anniversaries, and big news; births and deaths and celebrations and losses. Did you share a Milestone that’s in here? What shall we do to remember these today?

Let’s pray. Dear God, thank you for bringing us to a new year and new beginnings. Help us remember the past and hope for the future. Amen.

Message: At first glance, the genealogy of Jesus doesn’t seem to be very interesting. Why is it part of our series this Advent? Aside from being the kick-off of a series called ‘From Generation to Generation,’ the genealogy holds a great deal of importance. Otherwise, Matthew wouldn’t have bothered to include it. But he starts with this line for a reason. Part of that reason is to set up his readers to recognize that Jesus legitimately comes from the kingly line of David. His lineage stretches all the way back to Abraham. He is a Jew of Jews. He is a King of Kings.

Now, before you point out that he isn’t actually related to Joseph by blood, you also have to remember that adoption into a family is just as legitimate. And soon after the genealogy, Matthew makes sure to tell his audience how Joseph had the opportunity to dismiss Mary and go on his way. But instead, after a visit from Gabriel, he changes his mind. He takes Mary—and he takes her child as his own. And from this point, Joseph establishes Jesus’ lineage.

But there’s more to this lineage than meets the eye. Most genealogies, especially of that time, go straight through the fatherhood, never bothering to mention the women who took part. But here, Matthew lifts up five women. And not just any women. These are scandalous relationships—women who were unconventional in their faithfulness to God and to their families.

The first is Tamar. Most of us don’t know much about Tamar. Judah had chosen her to marry his eldest son, Er. But Er had done evil in God’s sight, so God killed him, leaving Tamar without a husband or children. According to custom, the next eldest son was expected to impregnate her as a surrogate for his brother. One she was pregnant, his duty would be over. Except, Onan didn’t want to share his inheritance with Tamar’s potential son. So, when he was doing his duty, he didn’t finish. He spilled his seed onto the ground instead of being faithful to his family. This made God angry, and he killed Onan, as well.

At this point, Judah thinks that Tamar is some sort of husband-killer. While he could do the duty of surrogate, he chooses not to. So, he sends her to live with her family as a widow, promising her that when his youngest son is old enough, he will be her surrogate. Only, as time passes, she realizes he lied. She’s living in limbo—not free to remarry, and not able to fulfill her duty as a mother.

So, Tamar puts on a veil so that she isn’t recognized, and she sits along the roadside waiting for Judah to leave the city after a sheep-shearing party. He propositions her and promises her one of his sheep. He leaves her with his seal and his staff as a token of that promise. The next day, he sends a servant to find her, but she has disappeared. Not long after, he discovers that Tamar is pregnant. Not knowing what he’s done, he thinks she has cheated on the family. He declares that she should be burnt to death. Instead, she sends him his seal and staff, and he realizes that she fulfilled her promise to the family when he refused.

She gave birth to twins, ensuring Judah’s lineage and replacing the two sons God killed. Tamar was faithful. But she had to use shady means to force Judah to be faithful, as well. Without her assertion of power, the line that eventually led to David would have been broken.

Rahab is the next woman mentioned. After the Hebrews wandered the wilderness following their time in Egypt, they were finally allowed to enter the Promised Land. But the land was already occupied. As the warriors contemplated how to take over Jericho, they sent spies into the city to assess the situation. They entered the home of Rahab, a local prostitute. She took them in and protected them from the king. When it was time to attack, she sent a signal to the Hebrews. They helped her and her family escape while they destroyed the city and all its inhabitants.

Again, a scandalous woman who was faithful to her family and ultimately faithful to God. Her son was Boaz, the man who married Ruth and renewed the family line to Naomi.

Ruth is probably one of the more familiar names in the list. She was a Moabite—not an Israelite. It begins when Israel experienced drought and famine, and Naomi and her family had to move. As her sons got older, they married. But even before they could have children, Naomi’s husband and sons all died, leaving the three women as widows. Naomi decided to return to Israel and seek refuge among her people and her extended family. Ruth chose to go with her, remaining faithful to Naomi and her God.

Under Naomi’s guidance, Ruth set Boaz up to be faithful to her. She basically waited until he was drunk and then created a scene in which he suspected he may have taken advantage of her. Because he was a good man, he insisted that he become her family surrogate—a replacement for her dead husband. From their lineage came King David.

Had Ruth not manipulated the situation in her favor, Boaz may have let the opportunity pass him by. Instead, she was unconventional and clever, taking care of both herself and her mother-in-law. Without her slyness, the line would have looked much different.

Fourth, we have honorable mention of ‘Dead Uriah’s wife.’ Poor Bathsheba gets short shrift here because she’s the only woman mentioned who had no say in her situation. While her husband, Uriah, was off fighting King David’s battles, David was seducing and raping her. And when she became pregnant, he tried to set it up so that Uriah would come home, lay with her, and believe the child was his.

Except Uriah was faithful to his king and refused to go home until the battle was over. So, David sent him back to the front lines and ensured that he was killed. That freed up Bathsheba to become his wife. A victim of power and greed, and she doesn’t even get to have her name listed in the genealogy. But what Matthew does is give a nod to just how evil David’s actions were by noting her husband as being dead.

Instead, because Joseph protected her and claimed her and her child, she gave birth to God. Because of these women, in particular—because of their willingness to take risks and insist on being treated with righteousness—because they said ‘yes’ when they could have given up—we have the privilege of knowing God through the person of Jesus, the Messiah.

Ordinary people with extraordinary faith making hard decisions in the midst of life’s challenges—walking alongside God through both light and darkness. Sounds a bit like us. Imagine how your faith will impact generations to come—sacrifices you make today, challenges you face, joys and gratitude you pass along. Today is only the beginning.

Third Sunday in Advent
From Generation to Generation
Matthew 1:18-25

Second Sunday of Advent
From Generation to Generation
Luke 1:26-38

First Sunday in Advent
From Generation to Generation
Matthew 1:1-17