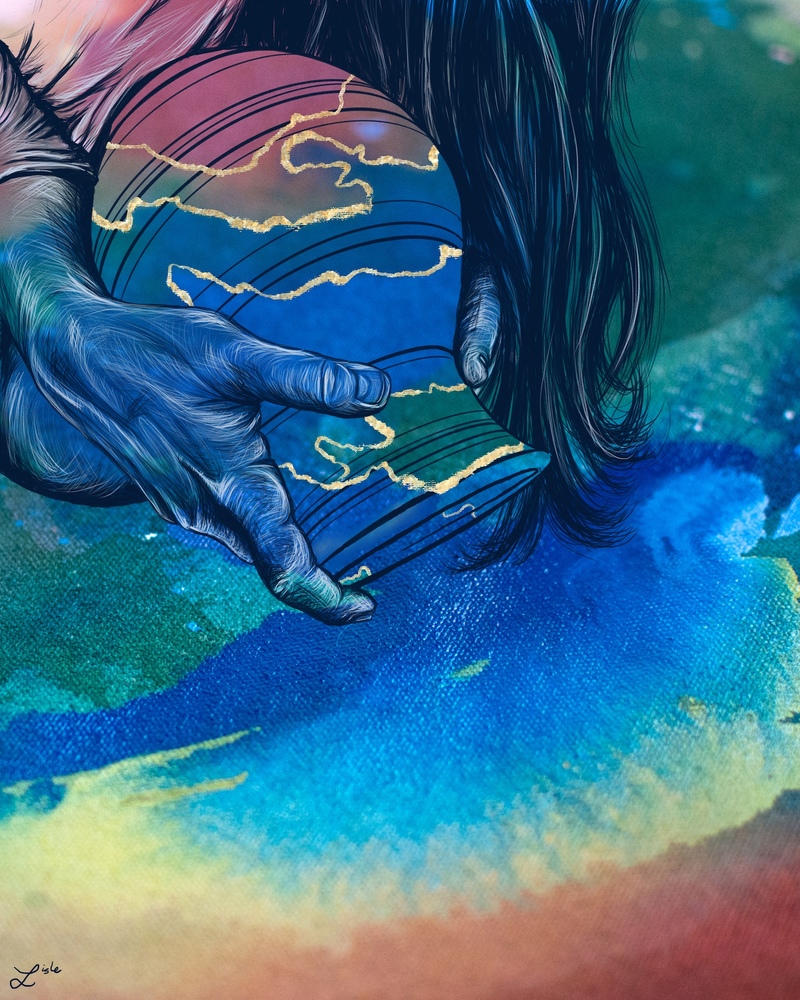 One of the books that I purchased for my time of sabbatical is John O’Donohue’s “Beauty: The Invisible Embrace.” In one chapter near the end, he suggests that there is beauty in death. It’s something that we probably all innately understand and yet overtly deny as heartily as we attempt to deny death, itself. As a culture, when we look at death, we only see ending, grief, even failure. And so we avoid death as much as possible. We avoid its reality in our lives. We avoid talking about it to the point that we avoid words such as ‘died,’ ‘dead,’ and ‘death.’ We cushion the blow with flowery words—‘passed on’ and ‘passed away.’ My predecessor like to point out that kidney stones are passed, but human beings die.

And so we miss the moments of elegance and beauty when it comes to death—particularly in not-such-elegant instances of death. When a child dies. When there’s an accident or act of violence. When death could have and should have been avoided. And yet, today as we anticipate a violent, untimely death for a godly man, we still witness beauty.

Jesus and his disciples gather at the table of a once-dead man, Lazarus. Lazarus sits at the table beside him. Martha serves the meal as host. And once again, Mary sits at his feet. But whereas before, she was the recipient of his grace, this day she is the benefactor of grace—the giver of grace. Not long before, she stood beside Jesus, mourning the death of her brother together and talking of resurrection. And now, with her brother alive and nourishing his resurrected body, she shares her gratitude as well as refreshed grief, anticipating Jesus’ death.

She breaks a small jar of oil—only a pound, but costing as much as a year’s wage. She pours it over his feet, the smell permeating the air, taking over the rich scent of cooking and baking coming from the stove where Martha stands. In a practice so intimate it is saved for family and the marital bedroom, Mary unbinds her hair. As her tears mix with the oil, she wipes it all with her hair, taking onto her the scent of burial oil. It’s not enough for Jesus to be anointed. Mary is also anointed as she shares in the reality of his upcoming death.

What a holy, beautiful moment! If you’ve ever been by the bedside of someone actively dying, taking their final breaths—if you’ve sat beside them sharing memories for them to take on their final journey—if you’ve waited for each next breath until the next one never comes—then you know. You know what that holy moment feels like. You know the weight of the silence as the machines are turned off. You know the sound of quiet weeping or the wails of sobbing that follow. It is so often sad—but it is also beautiful. It is beautiful in the sense that God’s presence is often so strongly felt in that liminal moment.

So, imagine then that moment broken with the deceased’s lawyer popping in and complaining that the hospital bills are going to take away from the inheritance that everyone should have gotten. That’s essentially what Judas does. He breaks the moment with a complaint about money. He deprives himself of the beauty in the actions of Mary. “What a waste! That could have fed a poor family for a year!”

Oh, Judas. Your priorities are a bit twisted. It’s true, it could have fed a family for a year. It’s true that money used to maintain this beautiful building could care for refugees and poor people for a lot longer than a year. It’s true that the salaries of our staff could be used for more practical purposes. It’s true that time is money, and let’s not waste either. Hurry up. Get more done. Work longer. Don’t waste your time taking a nap when you could be cleaning or accomplishing something more important. Don’t bother with beauty when there’s things to do and people to see and the poor to help.

Oh, people. Our priorities are a bit twisted. Look at how we have allocated our lives. A friend once pointed out that when they took their grandsons to the soccer field on Sunday morning, they realized that that’s where the church should be. Because all the kids were there, but the Sunday School rooms were empty. Gotta do more, get more, serve more be more. And only at the moment of death is it all put back into perspective. Did we enjoy any of it? Did we embrace it? Was it beautiful? Mary’s gift was prodigious. One definition of prodigious is wasteful. Another is lavish. Effusive. Extravagant. Generous. Abundant.

Jesus promises us abundant life—which we tend to twist into an idea of infinite life somewhere out there. But he promises abundant, effusive, lavish life right here. And what Mary does is pour out a symbol of that life and her gratitude for it onto his feet. An expression of gratitude for what he has already done and what he is about to do, brought into this holy, embodied moment.

O’Donohue also suggests in his book that the deathbed can be an altar—a place of communion with one another and with the divine. As I stood at the bedside of my uncle Kent, preparing to bless the communion elements, his bed most certainly became an altar. He hadn’t attended worship or communion for perhaps decades. Religion had been forced on him as a child, and he was a rebellious spirit.   But in that moment, he welcome and desired this holy practice. His son and grandkids, brothers and sisters, with a couple of nieces and nephews, gathered at the foot of his bed. I had purchased a roll and juice in the cafeteria, and I began the service. While our family is a hot mess, in that moment those things were put aside. We were there to join him in the presence of Christ.

O’Donohue says, “This is the most significant time, the last moments of time on earth…There is vital and beautiful work to be done there. When you realize that the dying person needs and depends on your words and presence, it takes the focus off your limitation and frees you to become a creative companion on that new journey.”[1]

In the anointing, Mary became Jesus’ companion on his journey. She wouldn’t be with him in the garden or at the trial. She may have stood at a distance during his crucifixion. Perhaps she and the other women approached him near the end, kissing his feet and trying to comfort him with words and presence. I wonder, did his feet still have the scent of the oil when they approached him? Did he still bear the sensory mark of Mary’s gratitude? Is it possible the perfume still wafted in the air for those around him?

They say that even in death, smell is one of the final elements of memory that remain. What a gift Mary gave him—the scent of communion and celebration and new life—a scent that would offer comfort even on the day of his burial. Money doesn’t buy that kind of devotion or worship. Only a gift from one’s very being can do that—a gift that others may deem wasteful or unnecessary or impractical. But it’s none of those for the recipient.

This is the same gift that God gives us—a lavish, generous, impractical gift. This bit of bread or wafer and the sip of wine doesn’t curb anyone’s hunger. It’s not a meal that will feed the body. But it’s so much more. When we look into the eyes of those we share this meal with, we see the body of Christ, given freely, poured out over all of us, scented us with life’s abundance. It doesn’t make any sense—a God who dies. It seems inefficient and wasteful. But it is the only path to resurrection and new life. And this resurrection life—this abundant, lavish life—is meant to be fully embraced. Taste the bread and wine, smell the scents around you, touch the hand of someone next to you, see the beauty before you, and Listen—the good news of Jesus Christ is in your midst.

"The Last Supper; The First Feast"

"Even the Stones Will Cry Out"

"Death is a Sensory Experience"